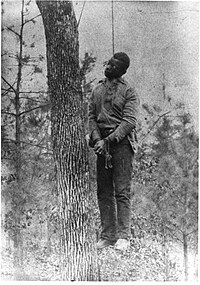 Throughout the early part of the twentieth century, African-American activists fought to thwart the systemic scourge of lynching. Faced with a silent and complicit populace, particularly the media and political establishment, African Americans forced the nation to bare witness to the depravity of American racism. Between 1882 and 1968, close to 5,000 lynchings (73% of the victims were black) took place on American soil, and that is of course an estimate that does not account for the countless unknown souls who lost their lives at the hands of White supremacy. According to Richard Perloff, racial lynchings had become commonplace in part of because of the media’s failures to bring the injustice into light. He quotes a white resident of Emelle Alabama, who questioned a reporter’s inquiry into the killing of an African American: “A few White residents who had been on hand when the men were killed refused to talk about the events to reporters from The Tuscaloosa News. “What the hell are you newspaper men doing here?” asked a White man who had been part of the vigilante group. ‘We’re just killing a few negroes that we’ve waited too damn long about leaving for the buzzards. That’s not news'” (Raper, 1933, p. 67). The silence from the mainstream media about blacks victims burned to death, hung, and dismembered, embodied the normalization of white supremacist violence.

via Dr. David J. Leonard: A Lynching Happens Every 40 Hours.