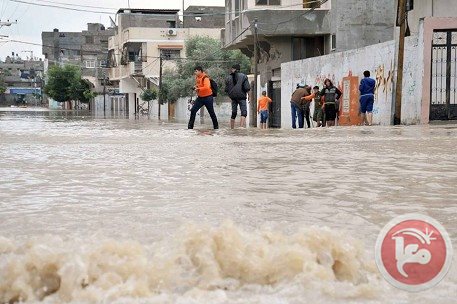 UNRWA declares state of emergency in Gaza amid severe flooding

A major storm over the past week has filled the streets of Gaza City with water and sewage, causing further misery for the more than 100,000 Palestinians left homeless — including nearly 30,000 still staying in emergency shelters — from Israel’s massive offensive over summer that also left nearly 2,200 dead.

Hundreds of residents in the Sheikh Radwan neighborhood of Gaza City had also been evacuated due to the rise of a “storm water lagoon” that had flooded many homes in the area.