Province Wants Kids To Learn About Aboriginal Treaties In The Classroom

Ontario’s aboriginal affairs minister will be in North Bay Thursday to help launch a program aimed at educating the province’s school kids about First Nations treaties.

“We have to really make an effort, particularly on the non-aboriginal side to understand what treaties mean, what’s in them, and what obligations arise from those treaties,” he said.

According to the Anishinabek Nation, treaty education kits will be made available for teachers to use in the classroom. 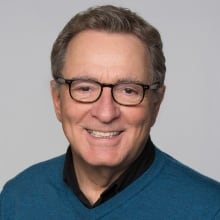 The author of the teacher’s guide is Kelly Crawford, a member of the M’Chigeeng First Nation on Manitoulin Island and a professor at Laurentian University.

While in the region, Minister Zimmer will speak to the Federation of Northern…