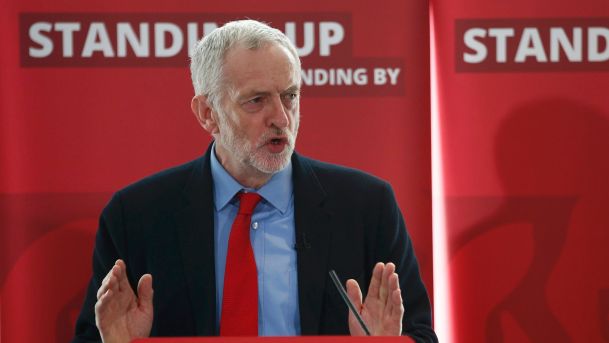 “Our Jewish friends are no more responsible for the actions of Israel than our Muslim friends are for self-styled Islamic states or organizations,” Corbyn told party members.A Jewish Labour lawmaker, Ruth Smeeth, fled the news conference in tears after he spoke, the Jewish Chronicle said.Corbyn went on to say: “Nor should Muslims be regarded as sexist, anti-Semitic or otherwise suspect, as has become an ugly Islamophobic norm. We judge people on their individual values and actions, not en masse.

← Chhattisgarh: Three Naxals shot dead by security forces in an encounter – Firstpost
Secret Rules Make It Pretty Easy for the FBI to Spy on Journalists →