Paul Castaway left, a citizen of the Lakota Nation, was shot and killed by police on July 12. Photo courtesy Facebook.com

On Sunday, July 12th, Castaway, a 35-year-old Native American, was brutally shot and killed by police.

Castaway’s mother, Lynn Eagle Feather, says she called the police for help after her son threatened her with a knife, telling cops he was mentally ill.

Police Chief Robert White said at a news conference after the shooting that investigators believed Castaway had stabbed his mother in the neck before he was killed.

Police allege Castaway charged at them with the knife. 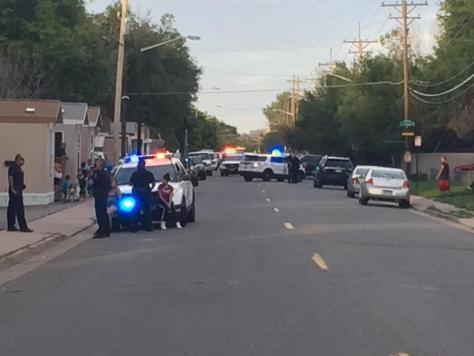 Paul Castaway, a 35-year-old Native American, was shot and killed by Denver police on July 12th, 2015.

This much we know:

“He didn’t stab me in the neck. He was drunk…

← 5 Craziest Cults Still Operating Today | The Strange List
“Is this your car?”: Like Sandra Bland, I confronted an officer who pulled me over for driving while black – Salon.com →

"I'm not racist, my wife is Asian!" What will happen when racist, "weird," anti-social, anti-diversity, anti-feminist, anti-black, anti-asian men marry "traditional, family oriented," status-obsessed, racist asian tiger moms who hope their children look white for privilege - and produce half asian sons who look totally asian - and hear "no asian guys", and have to deal with constant racism against asian men? An honest appraisal of self hatred and frightening sociology.

Why does it seem that the men that pursue Asian women as a "last resort," are generally the most racist, spiteful and hateful people - especially against Asian men, other minorities and white women? If Asian women prefer white men - why is this, and what happens to the children - especially if they look predominantly Asian? Compiled by Asian-looking Eurasians and Hapas themselves. A community effort to explore the unintended consequences of "white fever" and "yellow fever", racism, fetishes, power imbalances, stereotypes, and the effect it has on a staggeringly large, growing, and unexplored new demographic. Why does it seem the children of Asian men and white women fare better and are more successful? Why is there such a double standard against Asian men and white women, whereas Asian women essentially default to white men? What happens when Half Asian sons resemble Asian men? Why do so many white supremacists, alt-rightists, and white nationalists have Asian partners? Why do racist white men fetishize Asian women, and why do Asian women fetishize white men - and what does that mean for the children? Compiled by the son of a racist white father and a racist Chinese mother.